Kristen Stewart and David Cronenberg examine the existentialist side of filmmaking 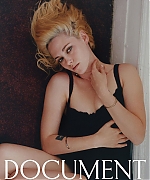 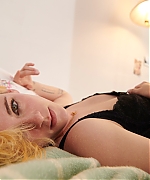 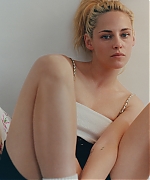 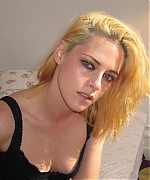 The radical theoretician Régis Debray described it as “a double miracle, an astonishing marriage of ancient and modern, like an outdoor Apollinaire poem.” To the anthropologist Marc Augé, the televised spectacle was nothing less than a work of “great art,” tailor-made for a British public newly liberated from Tory austerity into the arms of Blairite spin and sound-biting. Across the English Channel, the documentarian Mark Cousins examined Princess Diana’s televised funeral proceedings through the lens of shifting spatial relations: Writing alongside Debray and Augé in After Diana, published by Verso Books in 1998, Cousins recalled the mass ovation that Earl Spencer received from a mourning public watching the private service on televisions outside Westminster Abbey. As Spencer took aim at the British tabloids for turning his sister, named for the ancient goddess of hunting, into “the most hunted woman of the modern world,” the thunderous clapping was picked up by the cameras inside the Abbey and fed back to its audience-creators on the same screens they had been applauding at.

Pablo Larraín’s fictionalized drama Spencer, starring Kristen Stewart as Princess Diana in the throes of an existential crisis over the course of three days in 1991, offers little such emotive pageantry. Stewart’s performance is an externalization of Diana’s inner world as she navigates paparazzi culture and historical conventions to confront a terrifying, exhilarating truth of the human condition: We are responsible for creating our own reality. Within the confines of the royal family’s country estate in Sandringham, where Christmas dinners are executed with military precision, madness starts to look like resistance, and physical sickness is symptomatic of an impending release. (In the first of many ominous meal scenes, Stewart devours spoonfuls of giant pearls and putrid-green soup before purging in the toilet of a palatial restroom, evoking Roquentin’s dizzying epiphanies about the absurdity of existence in Jean-Paul Sartre’s Nausea.)

Larraín cast Stewart after seeing her in Olivier Assayas’s Personal Shopper, a similarly introspective ghost story about grief. But in Spencer, it’s Diana’s (and Stewart’s) exuberance that prevails, allowing her to transcend fate, tragedy, and the realities constructed in history books and newspapers. “It was really good for me that I didn’t have to get it all right,” Stewart says, “because to do her real justice would be to make sure that she was fucking alive.”

Stewart is now in pre-production on her feature directorial debut, an adaptation of Lidia Yuknavitch’s 2010 memoir, The Chronology of Water, which has gained a devoted following for its frank handling of sexuality, violence, and transformation. But she’ll next be seen on screen in Crimes of the Future (2022), a sci-fi thriller directed by legendary Canadian filmmaker David Cronenberg. Cronenberg has had his share of clashes with the British tabloids. His adaptation of J.G. Ballard’s postmodern opus Crash caused a moral panic when it premiered at Cannes in 1996, a year before Princess Diana’s death, prophetically diagnosing the psychosexual perversions of Western culture in the dying moments of the 20th century: celebrities and car crashes. Cronenberg has long been hailed as an oracle for the prescient fusions of flesh and machine he engineered in cult classics like The Fly, Scanners, and Videodrome. But the director maintains that he was only illustrating the inevitable when he predicted YouTube, transhumanism, and stem cell technology. Cronenberg’s philosophical cinema is indebted to the thinking of Sigmund Freud, Edmund Husserl, and René Descartes more than it is to special effects; he mines the depths of the human condition with the analytical audacity of a biotechnician. “The essence of coming to terms with what you are is to come to terms with the body,” Cronenberg says. “There’s a complete interpenetration between the inside and the outside of your body. In a strange way, I guess, Crimes of the Future is very literal about that.”

Kristen Stewart: I think you can hear us now, I can feel it.

David Cronenberg: I’m only hearing you faintly, I don’t know why.

Kristen: Well, shit! Do you want to call me? I’m trying to MacGyver the situation. [Typing] Maybe, David, you should call me because we can’t hear you.

David: I fixed it. [Laughs] Thanks for the suggestion, anyway.

Hannah Ongley: Well, David, thanks for joining us. I know you’ve been very busy with post-production on Crimes of the Future.

David: I’ve been spending time with Kristen every day, but in the editing room. It’s a weirdly intimate relationship because you become so sensitized, as a director, to every hesitation, every body movement, every vocal inflection. So you have this strange relationship with an actor who doesn’t know that you’re doing that.


Read more at the source