The Reign Maker: With Spencer, Kristen Stewart could be crowned queen of awards season

Hello Kristen fans! Kristen graces the November cover of Entertainment Weekly. The photoshoot is absolutely stunning. Check out the photos in the gallery and her interview below. I’ll add scans to the gallery when the magazine releases! 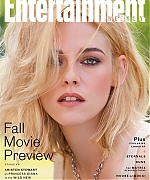 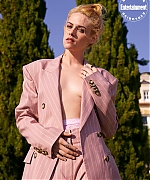 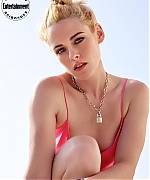 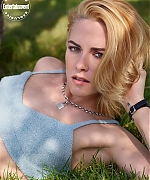 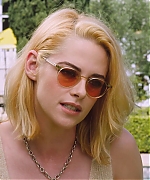 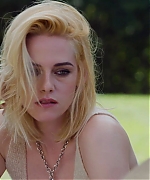 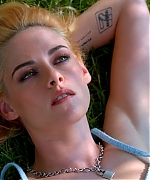 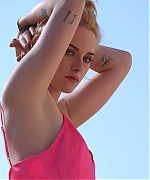 Kristen Stewart’s dog doesn’t care about movie stars. All that Cole — a rescue mutt ecstatically flinging her stocky little body across the lawn of a vast Malibu estate on this broiling early-September afternoon — wants to do is chase the grubby tennis ball that the actress obligingly keeps tossing between clicks for EW’s cover shoot. She’s certainly the only one here (and likely far beyond this rarefied zip code) to be blissfully unaware of the oceans of real and digital ink spilled over her owner in the past dozen or so years — the relentless, reflexive obsession with Stewart’s roles and clothes and love life, the color of her hair and the state of her career.

It’s tempting to draw a line from the 31-year-old Los Angeles native to the late Princess Diana, whom she portrays in Spencer (in theaters Nov. 5): two young women, pinned like butterflies beneath the smothering bell jar of celebrity. But the movie, helmed by lauded Chilean filmmaker Pablo Larraín (Jackie), is much trickier and more ambiguous than that — an intoxicating art-house swoon of ghost queens and scarecrows and tumbling pearls, pegged to a central performance all the more remarkable for its real-world nuance and vulnerability. (Following the world premiere at the Venice Film Festival the first week of September, talk of a sure-thing Best Actress nod quickly reached fever pitch.)

Stewart, at least, is reluctant to overplay any parallels to her muse: “I mean, I’ve tasted… I’ve come near these sort of manic levels of fame and intrusion,” she admits a few days later at a hotel lounge in Telluride, Colo., after the film’s North American bow there, gamely inhaling a cappuccino to ease her Italian jet lag while bossa nova versions of Adele and Bon Jovi songs tinkle incongruously through the high-altitude air. “Not intrusion,” she quickly corrects herself. “That implies that I’ve been stolen from in this violent way. I have experienced people kind of wanting to come in, but there is no comparison to this particular woman, in terms of that fervent desire to have her and know her.”

Indeed it’s startling nearly 25 years after her death, the degree to which the Princess of Wales endures in pop culture — the currency of countless books and fashion bloggers and, perhaps most famously, the latest season of Netflix’s prestige royal soap opera The Crown. (Stewart is a fan: “I watched it probably in one night. I think [actress Emma Corrin] did a really beautiful job. I mean, not to say that my opinion matters at all!” she adds, laughing. “But I loved her in it, truly.”) Only 7 when Diana died, Stewart hardly considered herself among the faithful. But when Larraín reached out and offered her the part, “I knew even before I read the script. I was like, ‘You’re not going to say no to this, because who would you be in that case?’ I absolutely would have felt like such a coward. Especially given that I’m such an outsider. I’m not from the U.K., I don’t have any particular investment in the royal family. So I was kind of this really clean slate, and then could absorb her in a way that actually felt very instinctive, you know?”

“We all know a lot about Diana, whether you are more or less interested,” says the Santiago-born director, 45, of his deliberately unconventional approach to the story. “You have to work with that, and you know that. She’s already an icon, so you need to start from that base. And then we go and choose a very precise moment of her life that could define who she was in a very simple way, or at least try to… To me, it’s a very universal Greek tragedy in its shape and basis, a classic structure. That simple element is what I think we were attracted to.”

The screenplay by Steven Knight (Peaky Blinders, Allied) sets its parameters accordingly, confining the timeline to an unspecified Christmas holiday at the Queen’s country estate, Sandringham, most likely within a year or two of Diana’s final rupture with the House of Windsor in 1992. The princess has defiantly driven herself there alone, the first of many minor rebellions that will play out over the next three days of forced-festive pageantry in myriad ways — some of them almost comically small for a woman of such supposed privilege and power. “It is a fact that sometimes she just didn’t want to come to dinner,” Stewart says. “And if that’s all you’ve got, if you’re backed into a corner and the only way to bare your teeth is to change your clothes or not come to eat… If you’re so voiceless and never listened to and never asked any questions, you’re going to do things in order to be heard that are very easy to judge.”

And judge they do: from a sniffy, faintly derisive Prince Charles (Jack Farthing) to the chambermaids, pages, and guards who scurry past, taking note of every feint and misdemeanor. Her lone allies, seemingly, are a devoted dresser (The Shape of Water’s Sally Hawkins), a sympathetic chef (erstwhile Mission: Impossible villain Sean Harris), and her own young sons, William and Harry (played by Jack Nielen and Freddie Spry). Even before she pulls into Sandringham’s grand driveway she’s begun to spiral, her emotional state exacerbated by the proximity of her shuttered childhood home — a hulking, haunted presence located just yards away.
END_OF_DOCUMENT_TOKEN_TO_BE_REPLACED

Yesterday (September 6), was the last day of the Telluride Film Festival! Kristen was in attendance for a panel titled “Recreating the Real” which asked the question “What does it mean to restate an event and to reimagine a known figure from the past?” Later, Kristen attended an Q&A session after a screening of “Spencer.” You can find photos from both events in the gallery as well as watch the Q&A below. 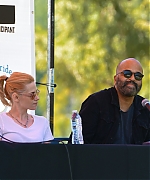 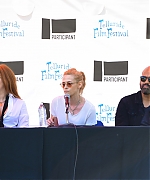 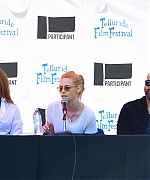 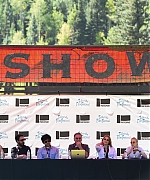 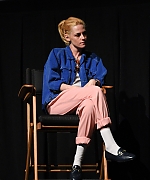 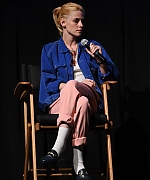 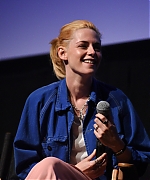 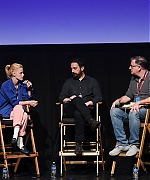